We are a reader-supported site. We may earn a small commission from purchases made through links on our site at NO extra cost for you.
Home » Cat Generators Reviewed – Are They Any Good?

Cat Generators Reviewed – Are They Any Good?

Caterpillar is a brand that does not need a long introduction. If you’ve ever visited any construction site in the US you’ve probably noticed that most of the heavy-duty machinery used there is all manufactured by Cat.

This Fortune 100 company has been present on the market for nearly 100 years and became one of the most recognized brands in the construction industry. They produce all kinds of construction machines and vehicles including off-highway trucks, excavators, tractors, and motor graders as well as all types of engines and construction equipment imaginable. Cat has got even its own successful clothing brand.

What few people know though is that Caterpillar also makes portable generators. In the following article, we’re going to have a look at some of the Cat generators and see whether they live up to the reputation of the brand and how do they perform against other generator brands.

Most Popular Cat Generators For Sale 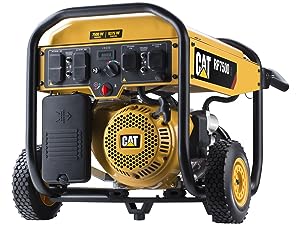 Cat RP7500 is one of the strongest generators Caterpillar has currently on offer.

It delivers up to 7500 running watts of power, making it an excellent choice both for demanding construction jobs as well as for those who need a sturdy generator as an emergency home backup supply.

It can easily run most of the key appliances at home simultaneously. It’s also capable of powering some of the more energy-hungry construction tools such as air compressors, bench grinders, table saws, breaker hammers, hand drills, and many others.

The generator has got several main features which makes us like it a lot. 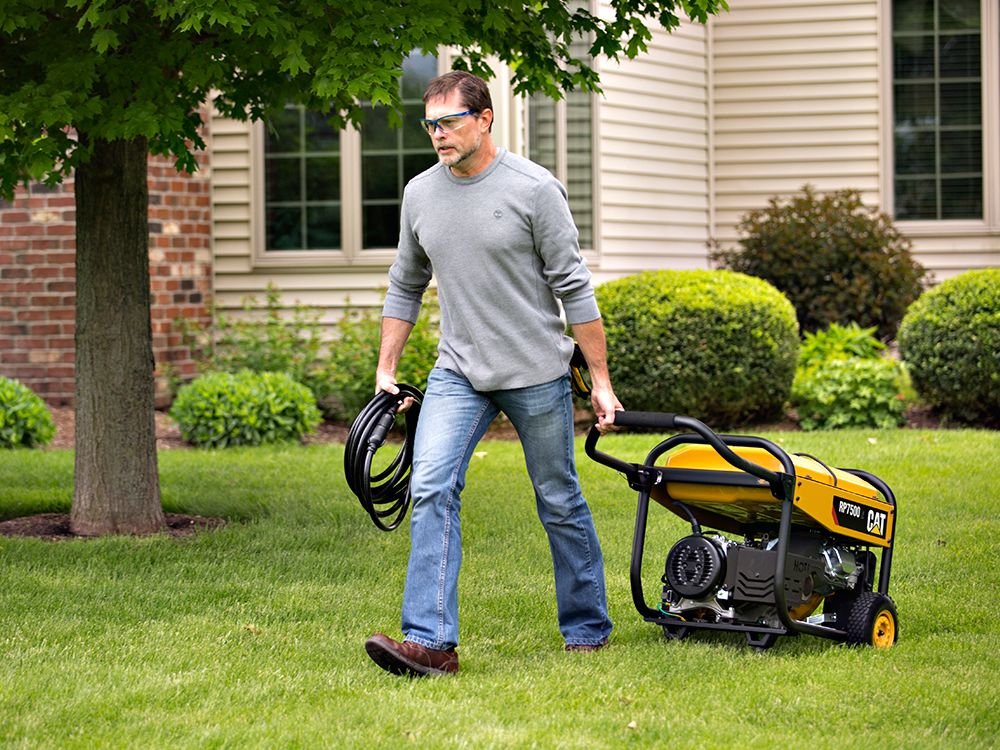 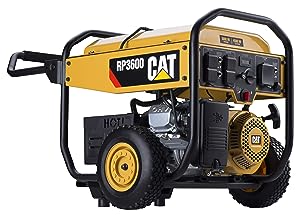 This model produces 4500 starting watts and 3600 running watts of power.

This is an ideal amount for those who need a well-balanced medium-sized portable generator to run a few minor electric appliances or one or two large tools at a time.

To give you a better idea of what you can run with this generator, these are some of the tools you can power:

You could also use this generator to power the most needed appliances at your home during a blackout. While you certainly can’t expect to run the whole home on it, Cat RP3600 would produce enough power to run things like a refrigerator, AC, set of lights, TV, and some kitchen equipment. 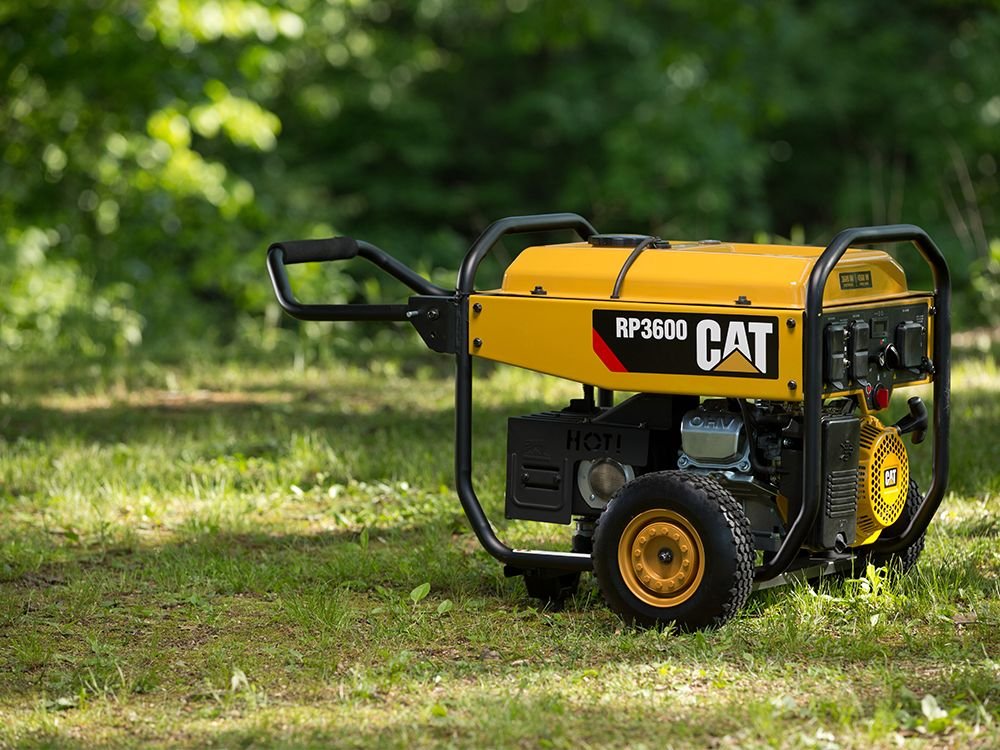 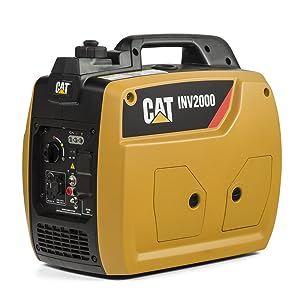 If you are looking for a quiet and small portable generator to run portable electronic equipment then the inverter generators are the only way to go. Thanks to the inverter technology they produce clean sine-wave and operate well beyond the 3% Total Harmonic Distortion (THD) threshold. That makes them safe to use with contemporary sensitive electronics like notebooks or tablets.

Cat INV2000 is currently the only inverter generator Caterpillar has got on offer.

It produces 2250 surge watts and 1800 running watts which makes it a bit more powerful than most of the inverters out there.

You could use it, for example, to power an 11,000 RV AC alongside with a few small electronics.

It is a very good choice for campers or those who need a lightweight generator for other outdoor use such as trade fairs or tailgating parties. 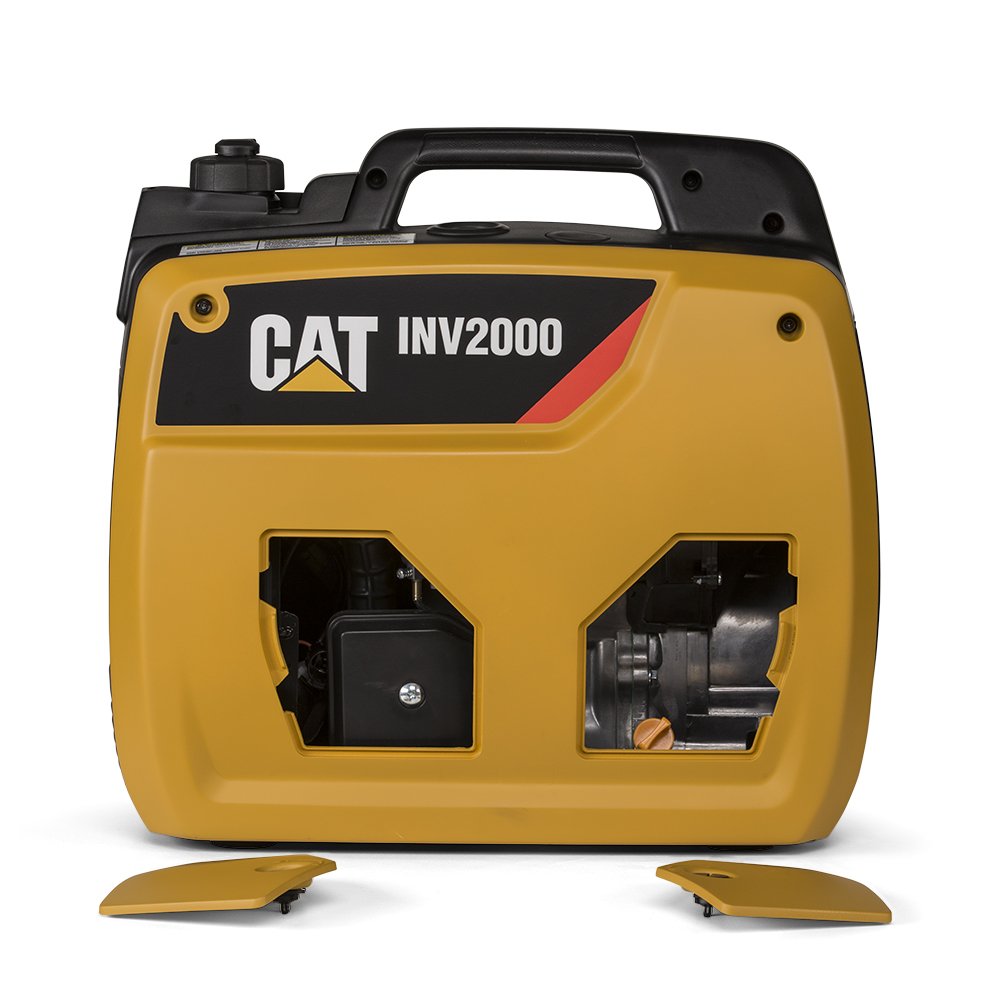 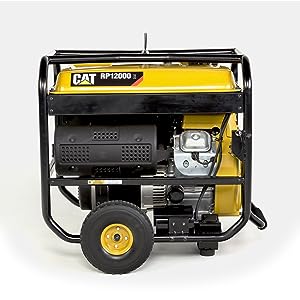 If you need an ultra-duty portable generator to satisfy even the highest energy needs than Cat RP12000E is the one you should consider. It is indeed a heavy beast offering the astounding 15,000 starting watts and 12,000 running watts of power. It is currently the strongest Cat generator on offer.

If you are looking for a Cat generator to power nearly the whole mid-sized household – that’s the one which is going to do the job for you. It can also run every electrical tool imaginable including some of the most demanding ones such as a 200 amp MIG welder.

This huge portable generator has got a large number of outlets ready to plug in several tools and appliances simultaneously. 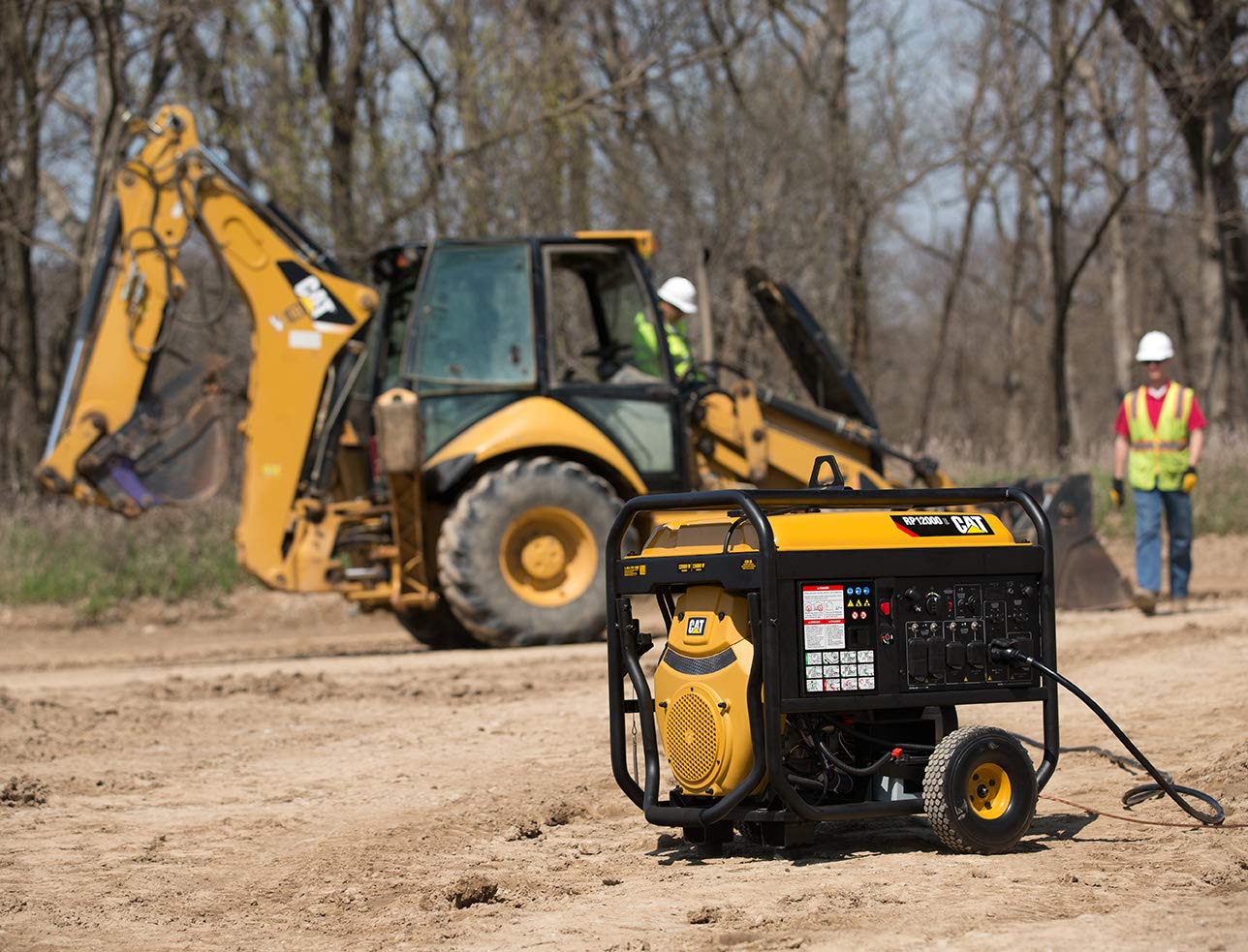 9.5 Total Score
Cat RP7500E - Our Favorite Cat Generator
Generatoradvisor.com is a participant in the Amazon Services LLC Associates Program, an affiliate advertising program designed to provide a means for sites to earn advertising fees by advertising and linking to Amazon.com. As an Amazon Associate I earn from qualifying purchases.